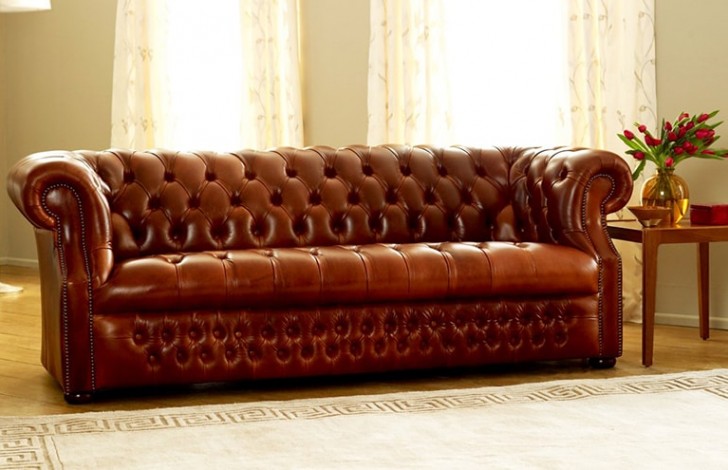 About the Chesterfield Sofa

The distinctive design of a Chesterfield Sofa is something that has been a popular style choice of people around the world for hundreds of years, but where did the design come from?

The Earl of Chesterfield was an admired politician, writer and public speaker, as well as a member of the wealthy upper class-so it’s easy to see why he might have a sofa commissioned, and why it might become so popular.

The other reason why it became so popular also comes from an anecdote regarding Lord Stanhope. It’s said that whilst on his deathbed, the Earl asked his butler to “give Mr. Dayrolles a chair”. Lord Stanhope was referring to his Godson, Solomon Dayrolles, who was coming to visit his uncle in his last moments. Instead of passing a chair to Mr. Dayrolles for him to sit on, the butler interpreted it to mean that The Earl of Chesterfield wanted to gift his Godson the commissioned chair, made in the distinctive chesterfield style. The chair was then taken to Mr. Dayrolles’ home, where he would host guests that went on to have similar pieces commissioned for their homes, which led to the design becoming an established feature in upper-class homes.

The deep-buttoning in chesterfield sofas was implemented by Lord Stanhope, as he would have unwanted guests come over to his home, and he made them uncomfortable so they wouldn’t stay long. But now of course, these deep buttons are quite the opposite, as it’s believed that during the Victorian era, the horsehair filling was replaced with something more comfortable. Springs were never used in early Chesterfield sofas too, as these weren’t patented till 1828 and they eventually made their way into Chesterfields-making them a lot more comfortable.

The development in the comfort of the Chesterfield sofa meant that it became even more desirable for upper class homes and venues. The Chesterfield then became a mainstay in Gentleman’s clubs across London, where rich men would come to socialise, drink and dine.

The Chesterfield Co. @chesterfieldmcr 3 d
Black Friday is finally here! Our biggest sale of the year, up to 70% off selected items. Shop our furniture ran… https://t.co/8iAgeKpzdB