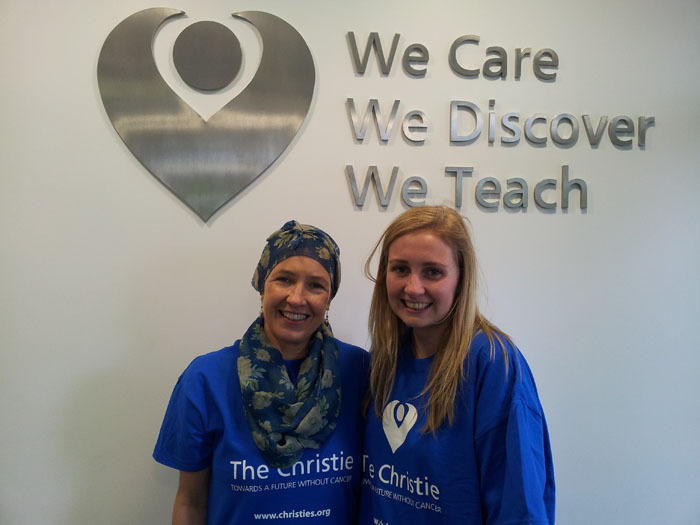 In January 2014, Stephanie and Dave – joint owners of The Chesterfield Company – were given the terrible news that Stephanie had breast cancer. Thankfully, after undergoing treatment, Stephanie has now been given the all important ‘all clear’ and she would like to say a huge thank you to all of the Doctors and Nurses at The Christie Hospital in Manchester, for helping her throughout her road to recovery.

The Christie hospital, often referred to as ‘Christies’, specialises in the research, care and education of the treatment of cancer and has conducted this research for over 100 years. They have treated and have cured thousands of patients each year and will continue to do so for many years to come. Christies has its very own charity, called The Christie charity, and they are proud to say that it is one of the “largest charity hospitals in the UK” and give thanks to their thousands of generous supporters, who last year raised over 14.8 million pounds. 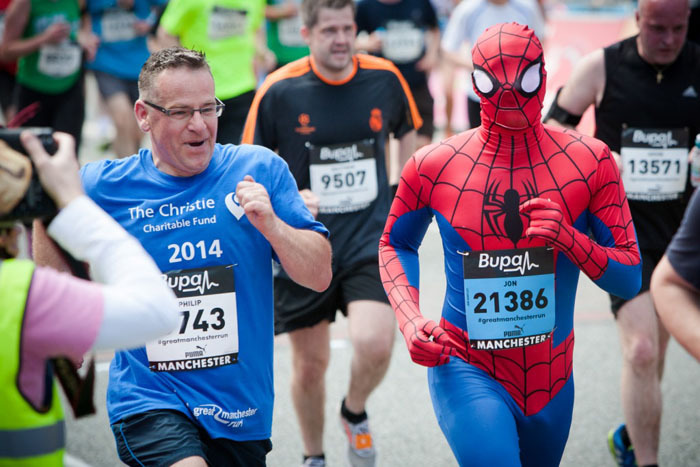 This year, Stephanie and Dave received a special message from the JustGiving website as Dave, and seven other of The Chesterfield Company employees, completed the Great Manchester Run and raised over £2,200 for the hospital charity. They were in the top 3% of fundraisers in 2014 and they give special thanks to not only the overwhelming generosity of both The Chesterfield Company suppliers and employees alike, but also for the personal messages of support which Stephanie received throughout her treatment and recovery. 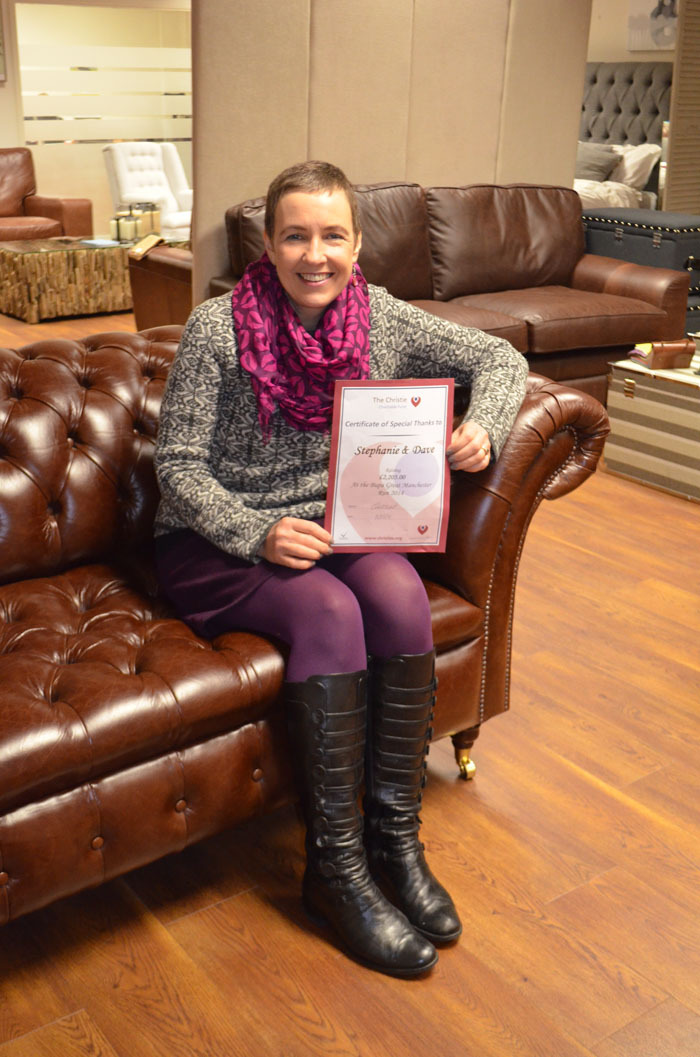 As Stephanie was actually undergoing her treatment on the day of the race, The Christie Hospital thoughtfully provided her with a beautiful view of Manchester where she sat with fellow supporter in the Hilton Cloud 23 Suite and was able to see the majority of the run commence. Christies also provided buses full of supporters for all of the runners on the day, and everyone had an amazing time whilst raising money for such a worthy cause.

Later in the year, The Christie Hospital invited Dave to a special presentation evening for the fundraisers who had completed sports activities for the charity and he won an award for his contribution to the charity. 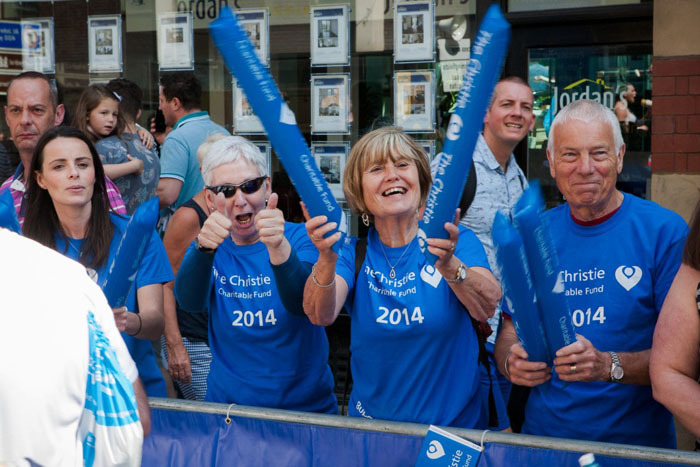 If you’d like to learn more about any of the information above or learn about The Chesterfield Company, please browse our website or call 0161 737 1600.

The Chesterfield Co. @chesterfieldmcr 5 h
December is here! Let's take a look back at November's product of the month! The Arundel fabric sofa and a unique c… https://t.co/TlUKUGcEBR